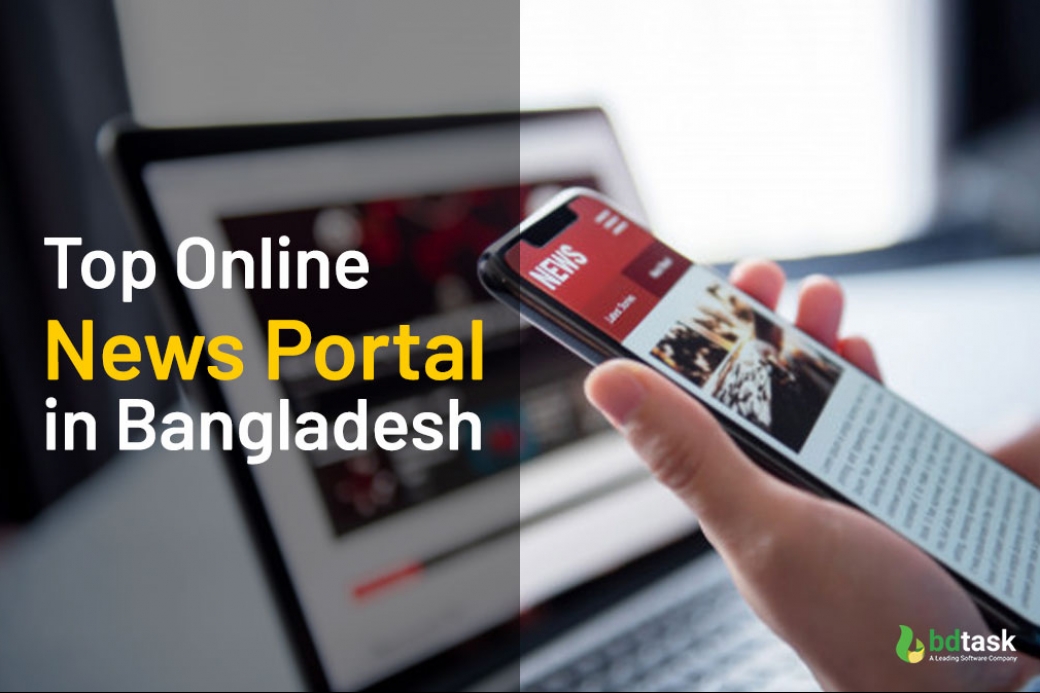 If you are wondering about the top online news portal in Bangladesh, go through this article and get your answer. A small country like Bangladesh has hundreds of newspapers and news media. And almost all of them have an online presence too. Moreover, their site engagement is also very high.

So, let’s see the ranking statistics of the top newspaper in Bangladesh. Here, we sorted them according to three different categories for your better understanding. At the end of the article, you will also get our recommendation to develop a site on your own.

How Did the Online Newspaper Journey Begin in Bangladesh?

The online newspaper journey in Bangladesh started with bdnews24.com in 2005. But, they officially began the journey in October 2006. The leading news portal company opened a new door in the country. And inspire others to use the internet in an advanced way.

After that, many online newspapers began their career. Till now, almost all print media have launched their online portal. Even the television media also walk on the same road. So, nowadays, it’s tough to find a press that doesn’t have an online news portal. Besides, people also feel it more convenient to browse a news portal than print or television media.

15 Best Online News Portal in Bangladesh (According to Alexa Rank)

The following list is made according to Alexa Rank. So, go through the list and see how the online portals are doing.

Top 15 Online News Portal in Bangladesh (According to Social Media)

The following list is made according to the socialbakers Daily Newspaper and media category. We also keep the Alexa ranking in mind. So, as per Facebook followers, there might be other channels that have more Likes. But we don’t keep them on this list.

15 Best Online News Portal in Bangladesh (According to Organic Traffic)

We check the organic traffic statistics with Ahrefs to find the top online news portal in Bangladesh.

Now that our list ends, let’s check some quick facts about the best online news site we mentioned above.

Prothom Alo is one of the oldest and gloriest print media in Bangladesh. And their online presence is also starring. As you see, Prothom Alo is able to keep first place in all sorts of categories we bring up here. So, undoubtedly we can say that it is the best online newspaper in Bangladesh. Though sometimes the newspaper creates controversy, it is still able to keep the popular image.

BBC News Bangla is the Bangeli language news portal of BBC. As an international site, it strictly follows the journalism rule. That’s why they gain more trust from people. Though it has not come in Alexa ranking, it has a huge fan base and gets a lot of organic traffic every month.

The Daily Star is one of the oldest English-language based print media in Bangladesh. It was founded in 1991and become one of the trusted newspapers. At present, The Daily Star website contains news in both Bangla and English languages. And as you already see, it is one of the best online news portals that secure its place in all three categories we mentioned above.

bdnews24.com is the first web-based news agency in Bangladesh. As we say it earlier, the beginning of the online news portal era starts with the bdnews24.com team. From the very beginning to now, the online news site is always doing its best. As a result, they get the 2nd highest organic traffic from the internet.

According to Alexa’s ranking, social media Likes, and organic traffic statistics, Somoy News holds a good position. However, people sometimes ridicule the newspaper for covering unnecessary things and make them viral on social media. But surely you can’t unsee the dedication of the Somoy News team.

Kaler Kantho is one of the popular print media in Bangladesh. The eleven years old newspaper company successfully secured its online presence with millions of followers.

Daily Jugantor is another old and popular print media in our country published by Jamuna Group. Their online news portal also meets the demand of the current time. For that reason, they are able to place in all three categories here.

Jagonews24.com is another web-based news portal that started its journey in 2014. However, they don’t have that many followers on social media but get a good number of visitors from Google. Moreover, their site ranking is also very high.

Basundhara, one of the giant corporations of Bangladesh, launched Bangladesh Pratidin in 2014. This print media immediately earns the attraction of people as soon as it starts. However, they also successfully maintain their digital platform with millions of organic traffic. But their social media activity is not that effective. That’s why they fail to obtain any place in social media ranking.

BANGLA NEWS 24.com is another production of Bashundhara Group. It’s an online news portal that made its first move in 2010. However, this news portal also secures a good position in both Alexa ranking and organic traffic ranking. But get failure in social media ranking.

Bangla Tribune is also a web-based newspaper that started its job in 2014. In Alexa ranking, it posses the number 13 position. But their organic search or social media position is not that good.

Ittefaq is the oldest newspaper in Bangladesh. It has a story of more than 65 years. After started their journey in 1953, the newspaper saw the beginning of Bangladesh, and till now, it is still in operation. Moreover, it also blends well with the digital world. Though it does not have much popularity in social media, it acquires a good position Alexa ranking, and it also gets a good number of organic traffic.

Basically, RTV is a satellite TV channel in Bangladesh. The channel was first launched in 2005 and become popular mainly for entertainment purposes, not as a news channel. But their online news portal manages to come up in the top 15 positions of Alexa rank.

NTV is another famous satellite TV channel in Bangladesh. The channel was first launched in 2003 and become quite popular among peoples. Similarly, their online version also earns the trust of viewers. As a result, the channel they have gained a solid virtual presence.

Samakal is another popular print media that started its journey in the mid-2000s. Like the print version, the online version of this newspaper manages to get the attraction too. And for that reason, they are able to win a better number of social media followers and organic traffic from Google.

Unlike the other media that we mention here, Dhaka Post is pretty new in the news world. The online news portal started its journey in February 2021. And already able to get a place in Alexa Ranking. Hopefully, it will grow more and more very soon.

Somoyer Konthosor is an online newspaper that managed to receive a good number of followers from social media. But it doesn’t get any position in Alexa Ranking or Organic traffic ranking.

Daily Naya Diganta is a popular print media. But unfortunately, their online portal only places in social media ranking.

Bd24live.com is an online newspaper. In social media, they achieve millions of followers. But it doesn’t get that much organic traffic.

bd24report.com is also an online news portal that has a good number of followers on social media. Still, they fail to rank in Alexa Ranking or organic traffic ranking.

Zoombangla.com is another online newspaper in Bangladesh. They called themselves the first eCommerce-based news portal though they published all sorts of news. Despite that fact, it ranks only in social media ranking.

Online Newspapers Revenue Is Projected to Reach $26M in 2021!

Our list of top online news portals in Bangladesh is finished. You might notice that many newspaper companies start their journey solely online-based alongside the mainstream media. Moreover, they are able to capture the attention of viewers within a short time that sometimes a big media fail to obtain. As they don’t need a huge setup to start a company, they can save time and budget for other aspects.

Another point is, most of the readers prefer the online platform most. So, no news media can go with today’s world without their online presence. So day by day, the industry grows bigger and bigger.

According to Statista, the assumed revenue of online news portals is about $26M. If you visit the top online news portal in Bangladesh, you can see how much advertisement they are placed in the interface. Therefore, it’s totally understandable how much they get from it.

Do You Know within A Few Months, You Can Develop A Top-notch Newspaper Website?

Basically, there are two ways to build up an online news portal. One is using WordPress, and the other is developing software. From our perspective, the most convenient way is to develop blogging software because it saves time and ensures more security. On the other hand, buying and customizing software takes less time than building software from scratch. So, it’s better to get a ready-made software platform and then personalized it.

If you have fast and effortless software and a passionate team, you will surely make your mark in the news industry.

Start Your Own News Portal

Now come to the point about how you can find the best platform. The fact is, you have to select the best software according to your budget, software features, and your needs. Therefore, you need to do a lot of research before going for one.

However, you can check out News365. It’s one of the best news portal software with lots of smart features. If you are looking for software within $50, then News365 will make the best choice for you.

So, this is all about the top online news portal in Bangladesh. At present, over 80% of people read newspapers online. So, the day may not be far away from where presses will stop printing their newspapers and do their activity only online. However, many online newspaper sites are launched every year, and the fact is, most of them don’t maintain sound quality. So if you ensure the quality and true to your job, you can also build a news portal with high traffic. 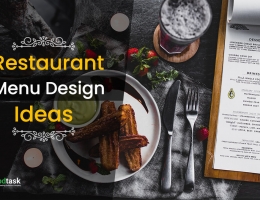 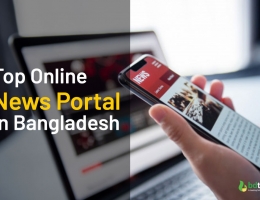 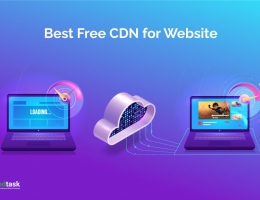 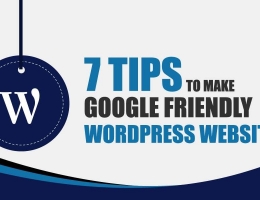 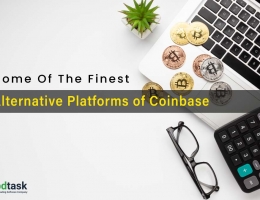 Some of The Finest Alternative Platforms of Coinbase