What Is The Difference Between Hardware And Software? 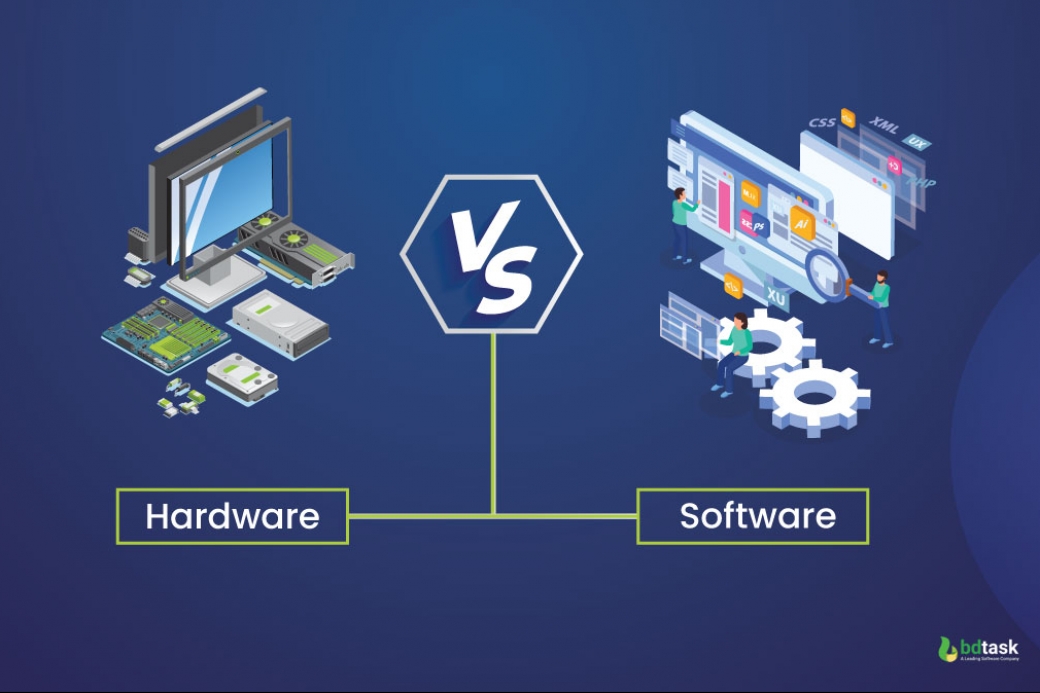 Everything we can see and touch of a system is hardware. In a word, hardware is the physical components of a computer that operate by electricity. They create interfaces to install and run software in a system. So, every system needs at least one hardware element to work. Examples of hardware are- monitor, keyboard, mouse, motherboard, etc.

Hardware can be divided into four groups. They are- Input devices, output devices, internal components, and secondary storage devices. The details are given in the next part.

As the name suggests, the input device is specialized for taking input from the users. It takes data from users and sends them to the system. Basically, they are the components that the end-users directly interact with. Keyboard, mouse, scanner, etc., are the devices we use to input data in the computer. And they are the most common example of input devices.

Like input devices, output devices are another peripheral device that shows the results of user input. Monitor, printer, speaker, etc., are output devices. Typically, they perform the end-service of a system as the final task of a system is to provide an output to the user.

Software is a set of instructions that utilize a computer system to execute specific tasks. It has no physical existence. Therefore, we can say that software is the intelligence of a system that controls the computer with programs, procedures, and routines. Without software, a system can’t run. But at the same time, software needs a suitable hardware platform to execute.

Software is fundamentally categorized into two types- System software and application software. Besides, there is some project management software that operates like both. A short description of them is given in the next segment.

Can a system run without hardware? The answer is no. Software needs at least one hardware platform for implementation. However, you can’t do anything with a computer without a monitor and input device like a keyboard and mouse. You also need other internal hardware such as a motherboard, CPU, and others to run your computer. And you can’t even turn on your computer without proper hardware.

Differences Between Hardware and Software

In this segment, you can see the comparison between hardware and software.

How Do Software and Hardware Work Together?

By the time you understand the difference between hardware and software. Now you might be curious about how the whole thing works and how the software and hardware communicate. In this segment, you will get these answers.

The main component that plays the central role to connect is the CPU. CPU consists of an arithmetic and logic unit (ALU), a control unit, and registers. Usually, with three simple steps, a processor completes an overall operation. The three steps are- fetching an instruction from memory, then the processor finds out the operation type, and finally conveys an output.

Check out the following videos to get an overall idea about how a computer works.

Now you might ask how the CPU works. Well, first of all, the CPU consists of ICs that do all the tasks. See this video about how computers process information in less than a second.

Hardware and Software Integration (Both Application Software and System Software)

You might see how a restaurant conveys its job. Whenever you go to a restaurant, you might know that they take your order and keep the record on a computer-like system. Or sometimes scan the barcode of a product with a device. Then again comes the billing part. In this case, if you give your credit or debit card, they swipe it on a card machine. All these machines are basically specialized for the POS system of a business.

How Do They Work?

Software Like Bhojon comes with the POS system feature. A POS system generally consists of a cash register, printing unit, monitor, card-swiping machine, etc., that control the tasks we mentioned earlier. It keeps the whole transaction record of a physical store. And save the data on the central database.

Usually, Bhojon works like web applications. You can use them as application software on your computer hardware. But Bhojon has an extra advanced feature that makes it more versatile. You can install the desktop version of Bhojon that helps you to track your business even offline.

Install and check out the trial desktop version of Bhojon from here.

On the other hand, whenever you integrate Bhojon with your POS system hardware, it will work as the system software for POS hardware. That’s how some software can work as system software, and application software depends on in which hardware you install them.

So, that’s all about the differences between hardware and software. In a word, hardware and software are two primary components of a system. Without any of them, a system can not even exist. Their features and working methods are totally different from one another. Therefore, they have more dissimilarities than similarities. We hope you get all your answers from this blog. 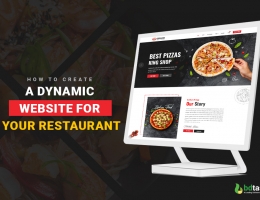 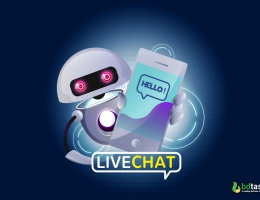 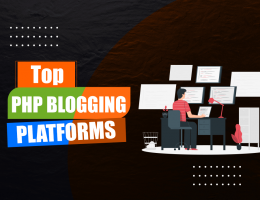